hey!! 🙂 so i don’t really know what i want to write about today…. hmmmm…. well i’ve been trying to get a job since i got home for summer, and this morning i finally got a call for an interview tomorrow afternoon. 🙂 i’m so happy, but i’m not getting my hopes up. just gonna go tomorrow and see how it goes. if i get it it’s for God’s glory…. if i don’t… it’ll be for God’s glory as well…. though what i do know is that i need a job this summer. i need to get money to be able to pay for my books in the fall…. i need to find a job for when i get back to lynchburg as well…. *sigh* oh how i wish i had the money already…. oh well.

ooooooo!! by the way, i definitely recommend that everyone read The Last Song by Nicholas Sparks. i’m 100 pages away from being done and i’m sooooooooo into it! it has actually taken me a bit longer than usual to read this book because i had decided that i should start reading this book the week of finals, but now that i’ve been relaxing a bit while looking for employment, i’m getting through it pretty fast. 🙂 one of my friends that lived on the same hall this past year told me it’s great and tear-worthy. knowing me…… i’ll probably cry. i haven’t gotten to that part, but knowing Nicholas’ writing style and how his books are, it’ll definitely be in the next hundred pages. hahaha. anyways, this book’s great! full of summer love. but it’s not just a summer love, it’s a love that one hopes for. one that looks past the physical and really focuses on how the person is and what makes them who they are. i love it! 🙂 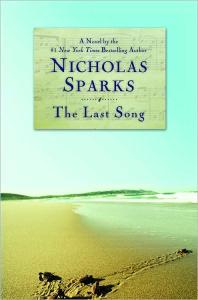 i already kind of have a list of books i plan to get through this summer. after this one i plan to read Dear John, Nights in Rodanthe (keeping with the same author here 🙂 hahahaha.), For Young Women Only, Fight Like A Girl, finally Jane Eyre. 🙂 nice list i have set up for me, don’t i? hahaha. i love to read. always have. i always spend my summers going through books. rarely though do i go back to one that makes a big impact in my life. i love reading what people come up with. hopefully i’ll be able to splurge a little this summer and buy Jane Austin’s books. saw that her…. three books together were 20 bucks at barnes & noble. sooo…… soon. hopefully soon i’ll get my hands on those books and read them. 🙂

I’M GOING TO RETURN TO THE MINISTRY THAT I LOVE NOW THAT I’M HOME!!! praise and worship. 🙂 once again my friday nights will be taken up by praise and worship rehearsal. 🙂 actually, i’m back to working two of the ministries i truly enjoy. well…. i love all the ministries i’ve worked in and i’m sad that i won’t be working with the youth ministry as much as i would’ve hoped this summer, but i will help out with an event they want to set up. 🙂 which is definitely MY specialty. God has given me that talent and i love to put it to use. although it’s not as big of an event as i wanted to put on a couple years ago, i’ll help out. anyways, i’m also working with the children’s ministry. 🙂 oh how i missed my kids! how i missed seeing their beautiful faces! the ministry leader asked me if i could help again and i couldn’t refuse. i have seen a lot of the kids in the children ministry right now grow and pass through my class and they’re the future youth ministry. they’re the kids one day i’ll have in my youth ministry. yeah, Liberty doesn’t ordain women. Yeah a lot of other seminaries don’t either, but i won’t let that bring me down. God has called me to work with young people and i plan to follow in that path. even if i do have to marry a pastor to do it.

i’ve come to realize that marrying a pastor wouldn’t be such a bad thing. God has softened my heart to them. if someone would’ve asked me if i would mind marrying one this time last year, i would’ve opposed the idea big time! but now it’s whatever God wants for me. whoever He wants for me. of course i’d have to be up for marrying whoever He has for me, and for that He’ll be doing some definite changing in my heart before this young man steps up. there is a list too though. God already has a copy of it. 😉 He knows what i want, what i’m attracted to, what makes me tick, what makes me melt. He knows. 🙂 this man could be whatever he wants to be as long as he has the major points on that list…. there are many, but one that has always gotten me besides what a daughter of the King of kings needs and wants is a musician. i want someone creative. a musician is just that. hahaha. 🙂 that’s the only little bit i will let out about what’s on my list. those who know me have obviously seen a pattern to the type of guys i like; what they are, who they are, where their head is.

i’ve been watching the seasons of Roswell since early may, thanks to my friend kyla. anyways, i’m almost done with that! 😦 there were only three seasons made, and it sucks because it’s great! 🙂 i love it! i forgot how much i actually liked this show. i’m two episodes away from being done. and to be honest i’m not looking forward to almost being done with it. i’m kind of postponing watching the ending. ha. 🙂 anyways, i also forgot how good-looking the guys from the show were. when the show was on air i had a HUGE crush on Jason Behr. and when i started watching it again, i did again. he is ridiculously good-looking. and Brendan Fehr isn’t so bad looking either. now he’s kyla’s crush. 🙂  i did just realize though that Jason Behr was in his mid twenties when he started playing fifteen year old Max Evans. even still though, he looked like he could be in his late teens. he looked immensely young. and to this day, you wouldn’t think that he’s in his mid thirties. he does have that model look to him though. hahaha. 🙂

young Jason Behr in the years of Roswell 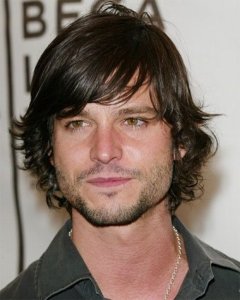 now some pictures of the good-looking Brendan Fehr….: 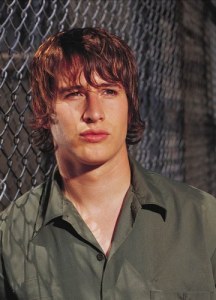 *sigh* i don’t know what else there could be to talk about…… it’s sad. hahaha. oh! there is one more thing….. he’s still on my mind… no matter how hard i try to forget, he’s still there. how i wish it was easy. but oh well. there’s still time. but i do know that while i’m still thinking about this person, no one else will be able to get my attention; which i guess is a good thing because then not crushing on anyone from here this summer will be easy, but it would not completely keep that expectation/hope from happening cause i’d still be crushing on someone from Liberty. someone that i barely got to know. someone who wasn’t interested in me at all. someone who was there as a teacher figure, even though he wasn’t. but time. time helps everything. 🙂 i hope……..

well i think that’s it for now. i don’t know what else i could come up with to write about, so i think i’ll just end it like this:

God made no mistake when He made you and me. THERE IS A PLAN FOR YOUR LIFE. YOU ARE BEAUTIFUL. don’t let anyone tell you otherwise. the plan might not be obvious right now, but even without you knowing it, He is working His plan for you. just trust in God. trust in your heavenly Father, the one who will ALWAYS love you.

(make sure to visit operationbeautiful.com to become a part of the solution to encouraging girls and women… and even men, if there are any men out there willing to be a part of this.)

oh you'll figure it out as I blog. :) View all posts by chapinalily